The Impossible is Possible! 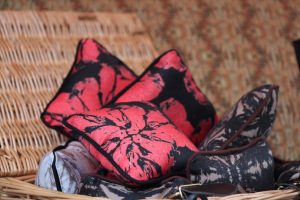 It’s not easy to start a business but with much dedication, zeal and knowledge you eventually can get things going.  After two years of solely working for myself running Box Of Prints LTD a company specialising in creating printed fabrics. I have had a rollercoaster journey. You see when an idea comes to you; you automatically think that the idea will flourish into a beautiful business and soar. However, that is not the case. I had happily started my business in April 2016, with the most optimism. Made my first grand in the second month and thought that’s it I can relax – not knowing that all those purchasing were from family & friends. Business can not merely survive with family & friends as customers. Their support came as they were truly happy for me as an individual making this BIG Leap of faith, which is not bad at all but for business growth I had to push for the attention of those who have NO clue of my business, with no previous relation to me. This is where I began to develop and sustain a good customer base. So I did hit a financial low, doubt set in “Shall I give up?”, “I’ll be better as a teacher?” were thoughts that had often crossed my mind. It was absolutely thoughts that I wouldn’t have taken seriously as, deep down inside of me I had this urge to go on.

Have you heard of the phase of ‘It’s not what you know? It’s who you know!” This became a focal point when entering the networking world I had to get out my comfort zone. I was no longer the insecure, low self-esteem girl but became a confident, outspoken person who cares very much about the business I had formed. I had to get talking!  Once I entered the room I scouted out who was there and aimed high. I would directly say “Hello, what’s your name? And what do you do?” this was my conversation starter to quickly source contacts. I needed to know what and how they can be a benefit to me and what I can also do for them. – Yes! It may sound harsh but this was exactly the way I learnt to build great connections and surprisingly grow my business. I was later introduced to plenty more other people of excellence and began speaking, showcasing and leading seminars at events. My business had later opened doors after just one year of trade. My passion for not only textiles but for the community became known. Until you start digging deeper into making sure your business survives, that is when opportunities arise.

Boldness – Don’t be afraid to state the things you stand for.

Optimism – Keep High Spirits and cast all negatives away.

Passion – Let all that moves you, shine through.